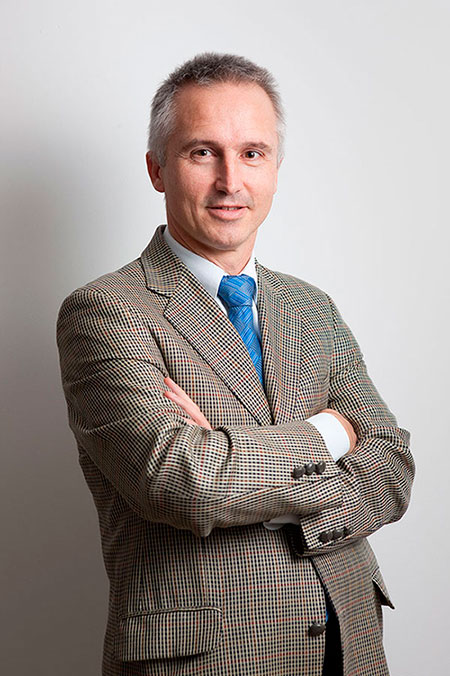 Head of the Brain Injury Service at the Aita Menni Hospital

I studied at the Medical School of the University of the Basque Country, specialising in Psychiatrics in the UK, in different hospitals in Cambridge. I got an MS degree from the University of Cambridge and returned to Bilbao to work at the Basurto Hospital. After some time cooperating in the brain injury project of the Aita Menni Hospital, I decided to accept the position as Head of the Brain Injury Service of this hospital. Since then, our team have developed a network of healthcare and social services that offer support to brain-injured individuals and their families. I presented and defended my doctoral dissertation in the University of the Basque Country in 2000.

My job consists in alleviating patients’ suffering and getting a deeper knowledge of the human mind, two subjects that have always interested me. With time, I have learned to enjoy working in teams, understand team dynamics, and help accomplish the convergence of individual and common goals.

– MS Degree from the University of Cambridge. 1995.

My research is centred on changes in behaviour following acquired brain injury.

I was a dissertation advisor for:

– “Contributions to the clinical-forensic assessment of the neuropsychiatric and neuropsychological sequelae of traumatic brain injury.” M.L. de Francisco Maíz. University of the Basque Country. 2007.

I enjoy outdoors activities and wildlife watching. I like taking photos of deer in Cameros, La Rioja, or scuba diving in Fuerteventura. I play tennis and go mountain biking. As time goes by, I become more interested in history and arts, which is why I like travelling across the country looking for cultural spots.